Stay tuned to this page for frequent 119th Street Construction Project updates provided by the City of Whiting! We will update our residents, business owners, and visitors as needed for the duration of the new construction project.

Walsh and Kelly is moving forward with the construction of 119th Avenue for our construction industry is considered an essential function under the Governor’s most recent Executive Order.

Construction of the project was initiated this past week.  The project is between Ohio Street and Atchison Avenue with the exception being the intersection of Indianapolis Blvd.  The length of the project is approximately 3,000 lineal feet.  During the week, we removed all the trees from both sides of 119th Street and started the demolition and replacement of concrete curb and sidewalk for Phase I.  This phase of construction is approximately 1,000 feet in length and starts at Ohio Street and moves West to New York Avenue.  All of the curb and sidewalk were demolished on the North half  of 119th  in Phase I during the week.  On Friday, we started concrete removal on the South half of 119th.  We will remove the remaining sidewalk and curb in Phase I this coming week.  When concrete sidewalks are removed we will install temporary stone walkways for access to all businesses and residences for continued pedestrian foot traffic and will remain in place until concrete work is completed.  Concrete construction will be initiated this coming week on the North side of 119th between Ohio and New York Avenue.  Our electrical contractor will also be initiating his work on providing electrical service for new street wells that will eventually contain new trees.  Concrete replacement work in Phase I should be completed by the end of April.

The City has requested Walsh and Kelly to expedite the construction of the project and we are currently working out the details of Phase II with our maintenance of traffic contractor and city officials.  Phase II will  start at the intersection of New York Avenue and move West to Sheridan Street.  This phase is approximately 700 lft.  Removal and replacement of concrete curb and sidewalk will also take place in Phase II.  In order to help expedite this project, water main construction in the intersection of New York Avenue may take place during this phase.  The water main work requires the entire intersection of New York Avenue be shut down and temporarily restrict traffic to a detour until water main work is completed.  Water main work should be completed within two weeks.  I will elaborate on the City’s decision next week.

Walsh and Kelly will listen and respond to all the effected merchant concerns with hopes to minimize the inconvenience of construction for the duration of the project.  Please contact me during daily work hours.  Paul’s cell #219-306-0057. 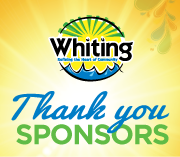